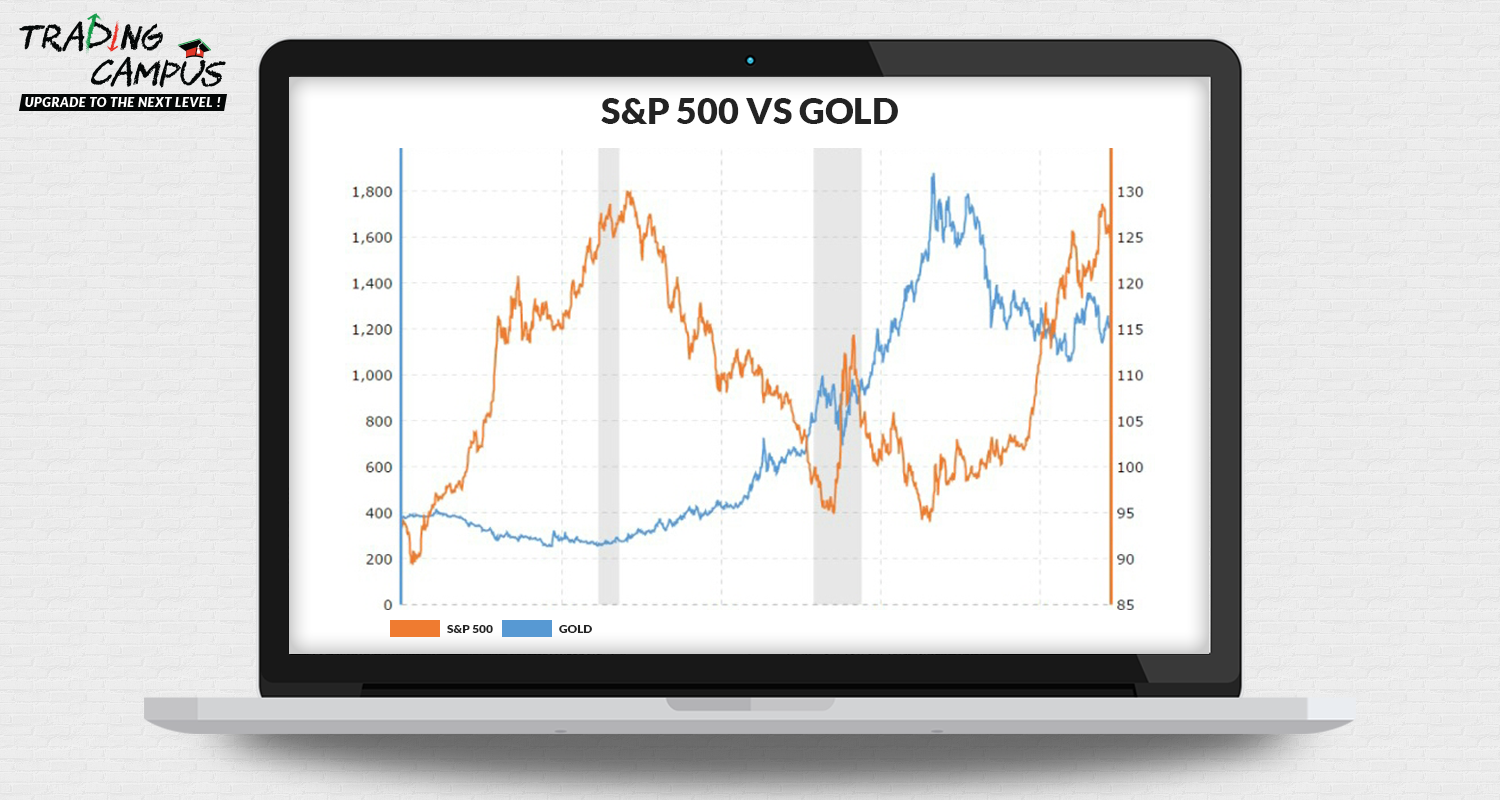 Historically, it has been observed that whenever stock markets have crashed, there has been a rise in the prices of gold. It seems quite fabbling that how only gold’s prices rise when there is a fall in the value of currency , there is inflation in the market .

Below is a table of biggest falls in S&P 500 and the corresponding changes in prices of gold.

As we can see above whenever there was a recession, the values of gold increased. It was only once in the year 1980 when the gold prices fell much more than the fall in S & P index. This might be an interesting scenario for investors of gold to sell their gold during the recession period to realize utmost profit. Accordingly they can time their investments. Historically it has also been seen that even when the S & P index remains constant for a long period of time , gold prices have increased extraordinarily (In 2016 there was a 2300% increase in gold prices in the period when the S & P 500 remained constant)

When there is a crash in the economy , recession sets in i.e the supply of money in the economy decreases. For efficient functioning of economy, the government needs to increase money supply in the market. Thereby, Government does an open market transaction in which Government purchases Gold from the market and thereby supply currency. This increases the supply of currency in the market and hence, currency value decreases. Also, since Government has purchased Gold from the market, the demand of gold increases and Gold price increases.

As stock market crashes, more and more people find gold a better investment opportunity and they start selling stock and buy more gold. Thereby, though stock market falls, Gold price rises. This is because Gold is considered as safe investment by people. Thereby, it is not a thing to wonder why they have negative correlation. Gold’s purchasing power generally does not fall, at the max it remains constant and is always a safe haven for investors to park their money in .

The reason that makes the price of the gold go up aside from the demand and supply of the gold is due to the the general psychological perception of people towards its worth. During the stock market crashes which generally leads to deflation thereby affecting the money supply in the economy  makes gold a really good investment .When in recession times, people start losing trust in the economy, in government securities and bonds,it is when the gold becomes the most attractive investment because of its constant/good purchasing power .

How to do Financial Planning?