Variables in Python are reserved memory locations to store values. This means that when a variable is created, a space is reserved in memory.

The interpreter allocates memory based on the data type of a variable. Therefore, by assigning different data types to variables, you can store integers, decimals or characters in these variables.

Unlike other high level languages, variables in Python do not need explicit declaration to reserve memory space. The declaration happens automatically when you assign a value to a variable. The equal sign (=) is used to assign values to variables.

Python allows you to assign a single value to several variables simultaneously. For example

a = b = c = 1
Here, first an integer object is created with the value 1 stored in it, and all three variables are assigned to the same memory location. You can also assign multiple objects to multiple variables. For example −

a,b,c = 1,2,”string”
Here, two integer objects with values 1 and 2 are assigned to variables a and b respectively, and one string object with the value “string” is assigned to the variable c.

Number data types are used in Python to store numeric values. Number objects are created when values are assigned to them. For example −

del var1[,var2[,var3[….,varN]]]]
You can delete a single object or multiple objects by using the del statement. For example −

Here are some examples of numbers −

A group of characters enclosed within quotations are called strings. These quotations can either be single or double.

Slicing: Subsets of strings can be taken using the slice operator ([ ] and [:] ) with indexes starting at 0 in the beginning of the string and working their way from -1 at the end. 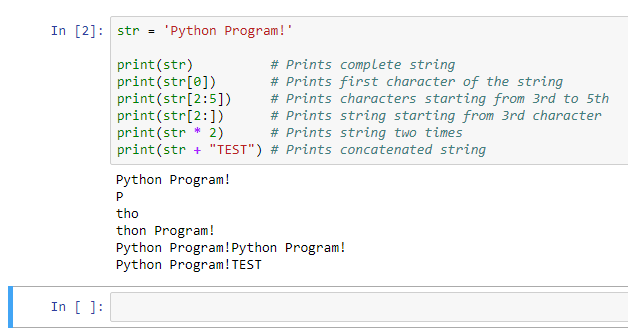 A list contains items separated by commas and enclosed within square brackets ([]). Lists are similar to arrays in C to some extent. Major difference between them is that all the items belonging to a list can be of different data type. Whereas an array contains items of same datatype.

Slicing and concatenation can be used in lists as they are used in strings.

A tuple is another sequential data type that is similar to the list with values separated by commas. Tuples are enclosed within parentheses() unlike lists[]. 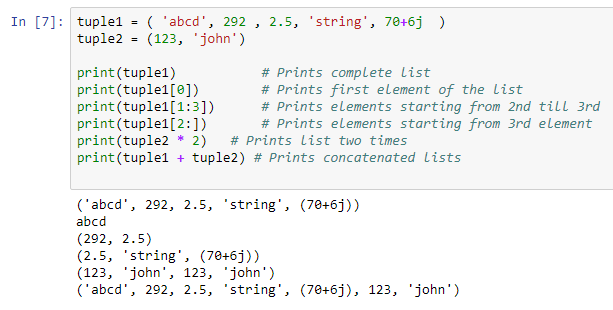 Values in a list can be changed at any time, whereas values inside a tuple cannot be updated.

A Dictionary in Python is similar to a list, but enclosed in curly braces ({ }). Values are stored in a Dictionary in the format of a key:Value Pair. 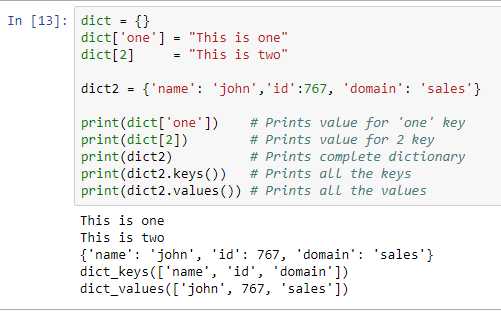 There are several built-in functions to perform conversion from one data type to another. These functions return a new object representing the converted value.

How to Calculate SMA ( Simple Moving Average) in Excel